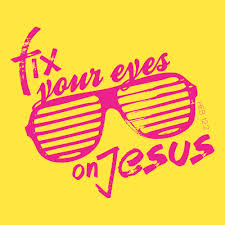 John 1:1-5
Last week we looked at Hebrews 12 and how we run. if you missed the past two weeks messages, please go back and listen to them. I believe they are defining messages for us as a body. We need to be on the same page as we move forward, and prayerfully considering the things I have said over the last couple of weeks I believe will help us all to get on the same page.
The main idea of the message last week is that we are called into a race when we are saved, and in order to run, and run well, we must fix our eyes on Jesus. So, over the next couple months we are going to be doing just that. We are going to be looking at who Jesus is, what He did, and what He said. The reason we are doing this is two fold. first of all, we all need to be fixing our eyes on Jesus, to grow our personal relationships with him. We need to gaze upon the majesty of who He is, so that our hearts will be drawn to worship Him more. Secondly, we need to be looking at how Jesus did ministry so we can know how we are called to do ministry. As our hearts worship Him more, we should be ministering to others in a way that lifts their gaze to see Him for who He is.
So, who is he? Today we are going to be looking at the amazing truth that the one who created the world, became a part of it, so you could know HIm.
Before we get started, I have something I want you to write down. write down some of the things that you know about Jesus. try to make it one or two words each, but things that you typically think of when you think of Jesus. Now, lets read the text. John 1:1-5

So, what we have here is the gospel of John, describing Jesus to us in a way that was targeted to to the culture that he was speaking to. so before we even get into the text itself, I want to point out that John here is bringing an unchangeable message and presenting it in a way that two of the main philosophies of the time would understand. Stoicism and early gnosticism were very popular at the time he seems to have written this book. The Greek thoughts of the day were of the concept of “Word”. This concept in their minds gave meaning to the universe. Their word was impersonal, and was a principle of reason. John, it the very beginning sets out to take their expression of “word” and calls it “the Word” and makes it personal, and ties it to creation. You see, those philosophers had a little bit right, there was something about words that made sense of the universe, but they didn’t understand that it was The Word that was the Key, a personal, being. This shows me something, as i read and study this text. John knew the culture he was living and writing in. He writes this book as an evangelistic tool, and he uses language and concepts that were prevalent in the culture that he lived in in order to share the truth of Christ with that culture.
That leads me to what he is actually saying about “the Word”

links to other stuff

Our Podcast: This Liminal Life

beating cancer one day at a time

I Am Aaron Shafovaloff

Adoption of a special needs little boy from China

"In his hand is the life of every creature and the breath of all mankind."

Musings from under the bus.

Mint, Anise, and the Cumin

The Ramblings of a Reformed Cameronian Covenanter

Tempered in the fires of awesomeness, to rise like an eagle on the wings of a dragon.